Showing posts from December, 2018
Show all

When Thea had surgery... 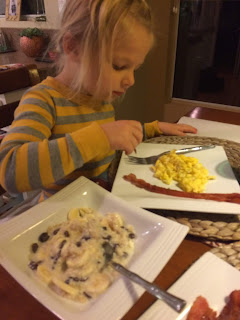 The first time the doctor suggested surgery to straighten Thea’s eyes if patching didn’t work, I dismissed it.   I was sure the patching would work, and we would be fine.   But despite our efforts, her eye stayed shifted to the side and over time it grew worse.   In fact, both eyes had started to wander in opposite directions whenever she wasn't looking straight at us.   After three years of patching, the doctor again mentioned surgery.   I told her I would need to talk to our Nero-metabolic doctor.   I was sure that he would say no to a surgery.   She had a rare disease.   Anesthesia would be risky.   But to my surprise, my Neuro doctor also recommended the surgery.   He said it was not just a cosmetic surgery.   It could help with her balance, and she may have better vision in the future because of it.   I went ahead and scheduled the surgery with misgivings.   Tyson was even more uncomfortable.   We postponed the surgery and gave ourselves more time to consider the idea.
Post a Comment
Read more
More posts